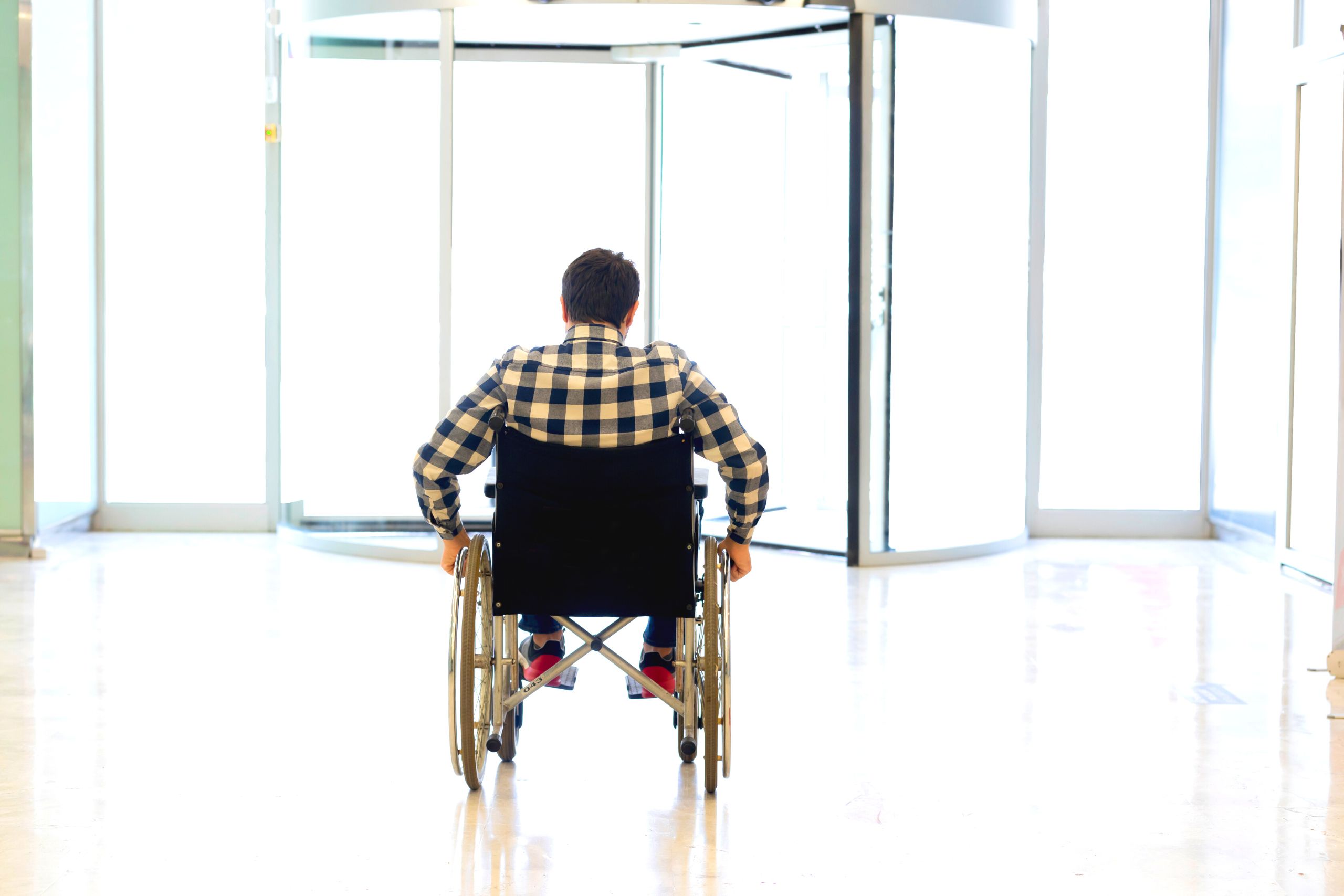 Opening your doors to the public means ensuring those doors readily open for all. Most Cleveland businesses, property owners, and non-profit operations are required by law to have ADA compliant doors, allowing safe entry and exit for people of all abilities. Whether you’re breaking ground on a brand new building or renovating an existing structure, it’s important to review the door accessibility standards laid out in the Americans With Disabilities Act to determine whether your doors meet the required specifications. Our Cleveland commercial door experts can help.

The ADA is a federal law passed in 1990 that provides people with disabilities certain protections – one of those being equal opportunity access. It requires government entities and private businesses make reasonable accommodations to provide those with disabilities usable access to their facilities. That includes doors and entryways.

ADA applies to any business, organization, or operation that:

For new construction, at least 60 percent of public entrances must meet ADA accessibility standards. This is in addition to entrances serving tenancies, elevated walkways, parking facilities, and pedestrian tunnels. A “public entrance” is any entrance that is not restricted or used exclusively as a service entrance.

Renovations of existing structures must include ADA compliant doors when:

Some of the door accessibility issues that can fall short of ADA standards:

What if I’m in an Older Building?

Older commercial buildings are fairly common in the Cleveland area, with many erected long before the 1991 ADA Standards for Accessible Design went into effect – let alone the 2010 updates. But that doesn’t mean ADA door rules can go out the window.

Contrary to popular belief, the ADA does not “grandfather” in older facilities built prior to January 1992 (when the law went into effect). There is a “safe harbor” provision, but it doesn’t allow owners of older buildings to disregard ADA altogether. Rather, the safe harbor provision says that when certain elements comply with the 1991 standards, they don’t necessarily need to be modified to meet the latest 2010 standards.

For the most part, places of public accommodation built prior to 1992 are required to undertake readily achievable barrier removal. This means that ADA compliance alterations should be initiated where they can be done without much difficulty or expense.

In addition to ensuring 60 percent of all public entrances are accessible, at least one door in the following categories must be ADA compliant:

If there are parts of the building that the public doesn’t use, those areas may be exempted from ADA – but alterations could still be necessary to ensure access for employees with disabilities.

If you have an older building but are renovating after March 2012, then adherence to the 2010 ADA standards is required.

Regardless of whether ADA compliance is required for your doors, there are many reasons to adhere to those standards anyway.

In the United States, it’s estimated some 31 million people have trouble walking and rely on a wheelchair, cane, crutches, or walker to get around. Among them are your current and prospective employees, customers, volunteers, and guests. In fact, people with disabilities are the largest and fastest-growing minority in the U.S., controlling $1 trillion in total annual income. Setting aside the possibility of government repercussions for ADA compliance failure, inaccessible doors make it tougher for people to work, study, or shop at your facility. That can adversely impact your bottom line.

Even if ADA compliant doors cost a bit more upfront, the tradeoff is worth it. Some advantages include:

If you have questions about ADA compliant doors, installation, repair, or replacement, our team at Advance Door can help.